Longhorns and Margaritas and Getting Lost in Texas (…Airports)

Personal matters in my family have taken me to Florida four times in the past three months. Each time I fly down I end up in a different stopover city. I’ve seen Minneapolis (…airport), Detroit (…airport), Atlanta (…airport) and today I am in Houston (…airport) for three and a half hours. Not enough time to go downtown, but is it fair to say I’ve been to Texas?

On my adventure through this gargantuan epicentre, I took the airport shuttle (a mini sky train) from my landing terminal A to my departure terminal C: a trip and a half in itself cuz this place is BIG. 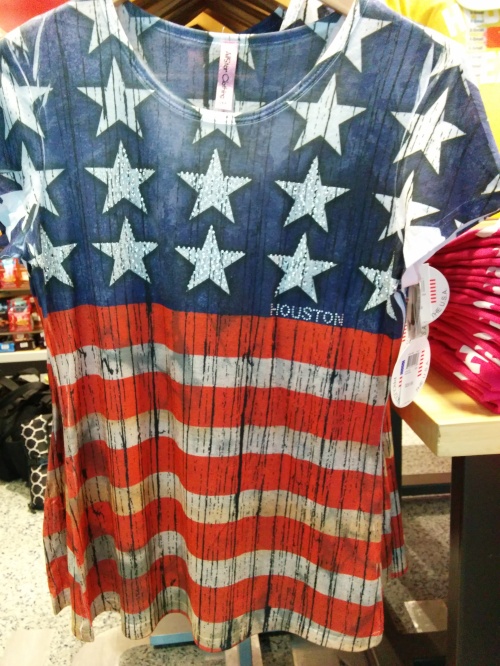 Got lost and had to back track through terminal E – aka shopping mall where they have the occasional departure gate – a couple of times before I found my gate tucked into a corner of the airport, I think.

Now I am plonked down in a poofy chair overhearing a VERY disgruntled toddler informing his mother that he doesn’t want to be sitting still. At least I think that’s what he’s saying. Sounds more like “MYAH-MYAH-MYAH-MYAAAAAAAH-MYAAAAAAAAAAAAAAAAAHHHH”.

The shops are filled with “Don’t Mess With Texas” and “Longhorn” and “Houston, We Have a Problem” memorabilia. Posters advertising margaritas (state drink?) And there is an awesome toy store dedicated almost entirely to astronaut games and gadgets and junior size gear: a plush astronaut helmet tempts me so hard. if only I had remembered to exchange more cash before coming down this time… 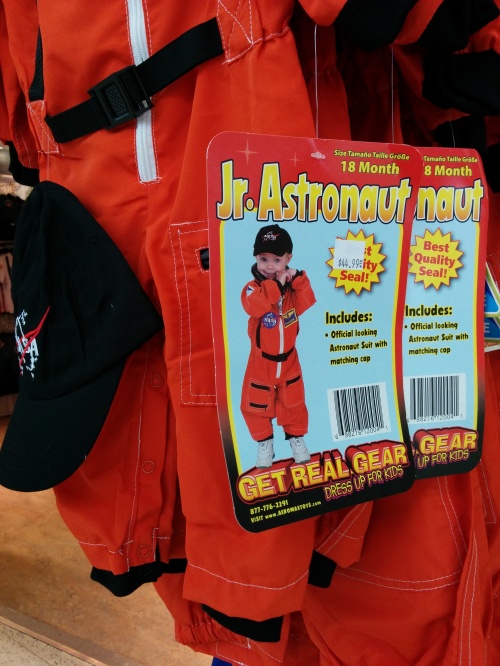 Oh, did I mention the giant guitar?